Grajewo commune is located in Podlaskie voivodeship in Grajewo district which surrounds the town of Grajewo that has 23,000 inhabitants. The commune’s area is 30,813 ha. There are 49 villages (51 places in total) in the area of the commune. The commune is of a typical rural character, its citizens specialise mainly in breeding dairy cattle and cooperate with the regional dairy cooperative Spółdzielnia Mleczarska “Mlekpol” in Grajewo. The area is also densely forested. The forest complex comprises 30% of the entire area of the commune. 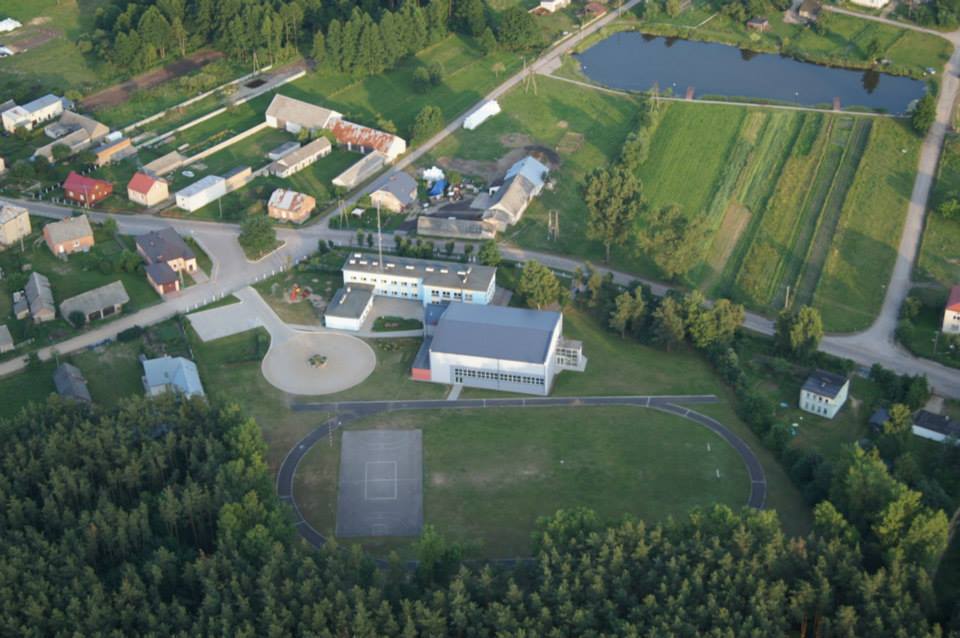 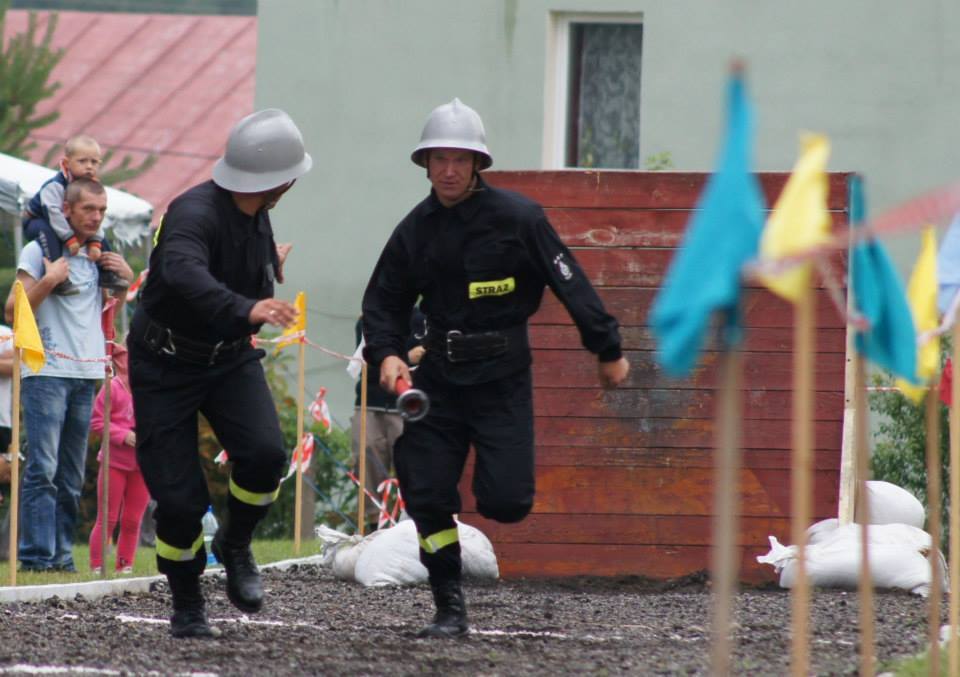 History:
Grajewo commune is tightly related to the municipal commune of Grajewo, as until 1991 they formed a joint rural-municipal commune Grajewo. The division into two separate local administrative territories was executed based on the Regulation of the Council of Ministers of 27 December 1990 on the division of joint administrative bodies for municipalities and adjacent communes as well as setting boundaries, names of communes and their seats.
The crest: across the divided shield: in red field 1, a double silver lily, in blue field 2 a golden crane standing. The crest refers to the history of the lands and features elements of local nature. The (heraldic) double silver lily refers directly to the Gozdawa coat of arms, which was used as a seal by the Grajewski family, who were the first owners of Grajewo and the surrounding villages. The silver lily in heraldry means purity, innocence and royalty – lilies were featured, among others, in the emblems of French kings. The golden crane in the blue field symbolizes local nature (fauna). It is a majestic bird that can be found in marshy meadows, marshlands and peat bogs. In heraldry, the crane symbolizes vigilance and resourcefulness. Sometimes, it is the forerunner of great events. 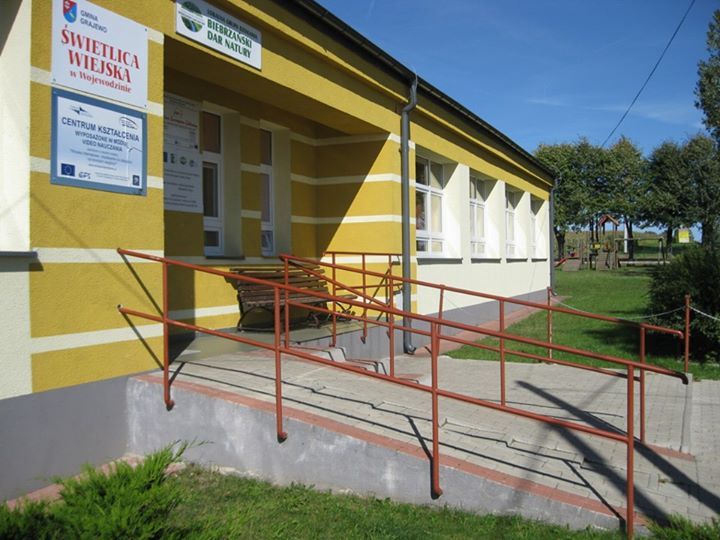 Natural Assets
The commune has great natural assets, including Biebrza National Park, which constitutes the only marshland in this part of the continent. The Park’s extraordinary landscapes are an inspiration not only for artists, but also photographers and painters and naturally, numerous tourists.
The natural assets of Grajewo commune encourage many types of tourist activity. This is fostered by:
- close proximity of Biebrza National Park,
- River Ełk and Rudzki channel, which flow across the area of the commune,
- Toczyłowo and Mierucie lakes located within the commune – Toczyłowo Lake offers tourist infrastructure and there is a resort and camping site in the vicinity,
- clean air, vast forest complexes,
- tourist walking trails: Osowiec Twierdza – Białogrądy – Przechody – Sojczyn Grądowy – Kuligi and a bike trail: Goniądz – Ruda, running through the Biebrza National Park and its buffer,
- Natural monuments: on the Wojewodzin – Wierzbowo route, there is a ca. 1 km-long lane of 200 trees classified as natural monuments. 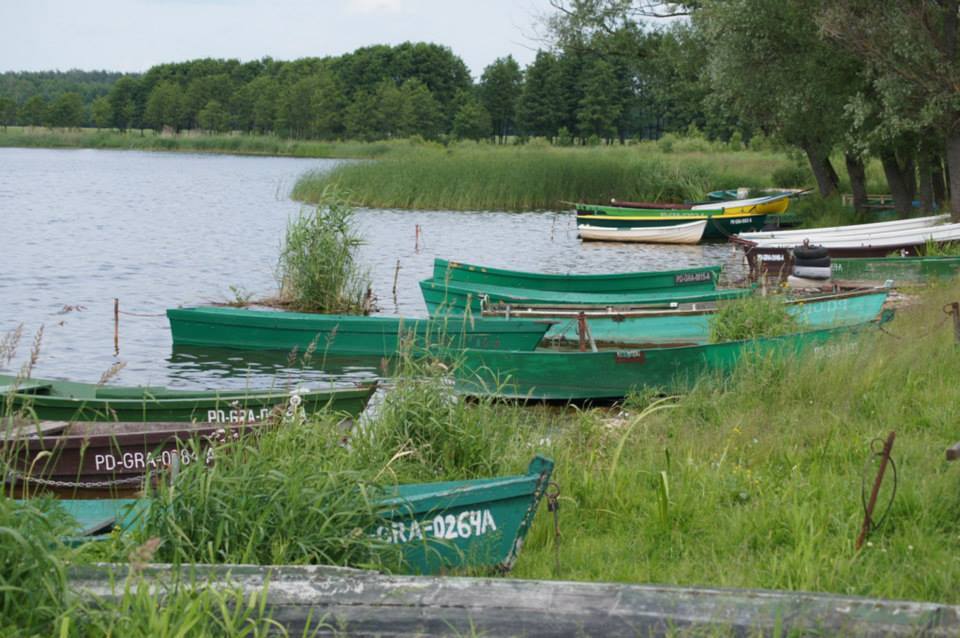 Most important heritage sites
- Fortifications on the section Molotov Line) –Ciemnoszyje region – comprise 12 reinforced bunkers of permanent fortification, which constitute a part of the 66th fortified region of Osowiecki Rejon Umocnienia Linii Mołotowa, constructed at the end of 1940/beginning of 1941, prior to the war between the Soviet Russia and the Nazi Germany.
- Saint Stanislaus Church in Białaszewo – the former John Baptist and Catherine parish, the insides of the building hold among others a gothic sculpture of an unknown saint from the beginnings of the 15th century.
- Saint Cyriac Chapel in Kapice – a wooden single-nave chapel on a rectangular architectural plan, preceded by a rectangular vestibule.
- A chapel in Dybła – dating back to mid-19th century – a unique example of sacral architecture made of brick.
- A chapel in Sojczyn Borowy from the beginning of the 20th century: wooden chapel preceded by a pillar-based front porch, with a folk procession float with a double-sided painting.
- A chapel in Chojnówek dating back to the end of the 19th century – covered by a multi hip roof of five tops crowned with a cross on a sphere. In the 20th century, a commemorative plaque for the late Aleksander Skrodzki, who died in Siberia, was put on its wall. 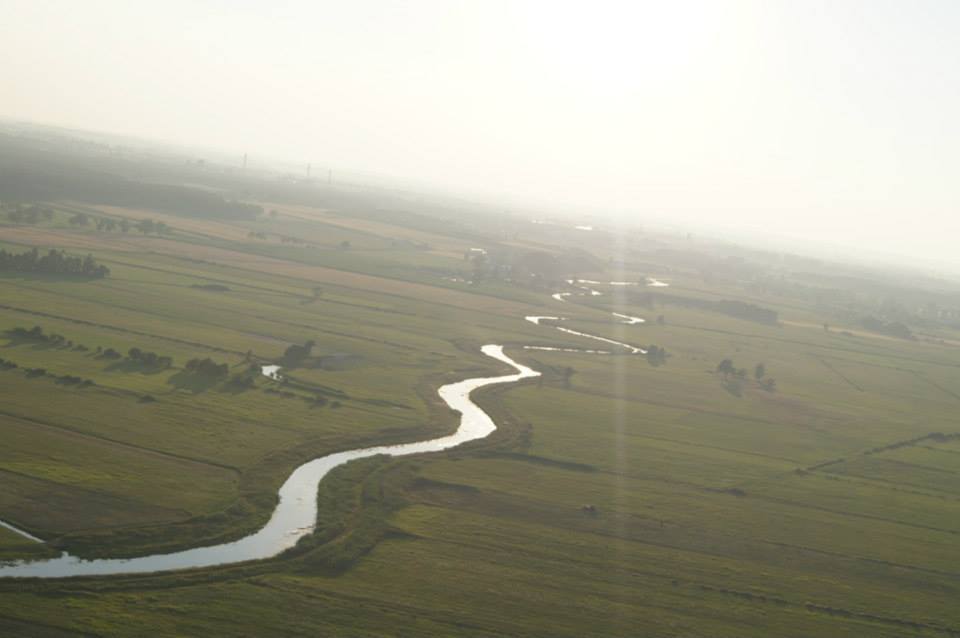 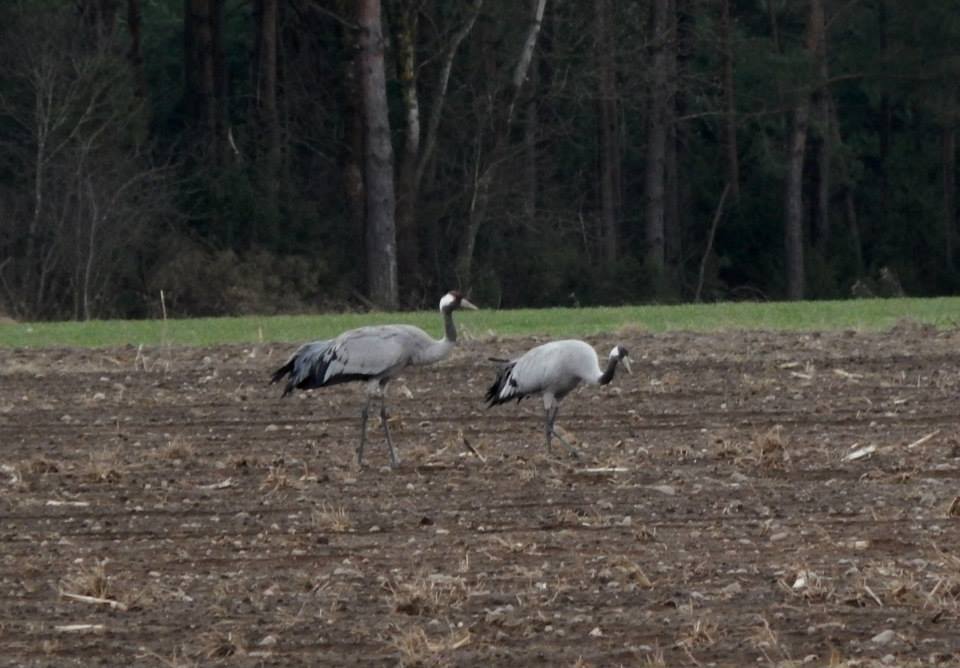 There are 11 units of Volunteer Fire Department with ca. 200 fire-fighters (volunteers) in the commune. The units are well equipped and the commune is proud of its fire-fighters.
Each fire-fighter sports competition during the Fire Brigade fair in July is a big celebration. The competition is complemented with a number of attractions and accompanying shows.
Sport integrates and activates our local community. Cyclical sports event in the commune feature: football tournament of 3 May in Popowo, Farmer’s Run in Popowo, Head of Grajewo Commune Chess Tournament Cup, the Family Picnic on Children’s Day.
The commune boasts a number of community centres. The community uses them for information purposes as well as cultural, sports and social life. The commune library in Ruda hosts a cultural club called Klub Animatorów Tradycji Bioregion Biebrza which includes local artists and people who make local cuisine specialties. 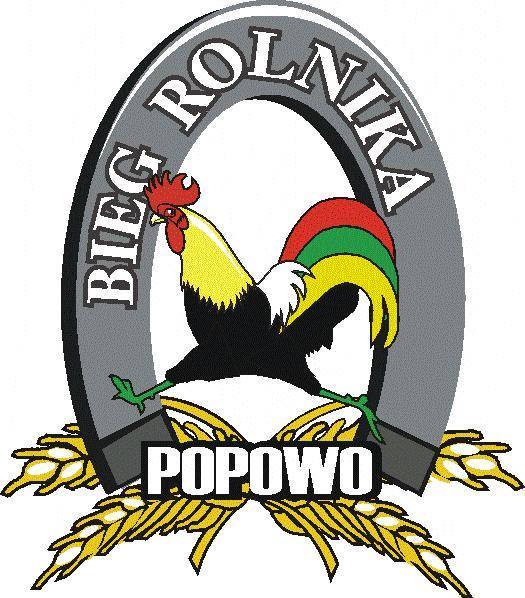 Culture
The commune boasts a number of community centres. The community uses them for information purposes as well as cultural, sports and social life.
The commune library in Ruda hosts a cultural club called Klub Animatorów Tradycji Bioregion Biebrza which includes local artists and people interested in preserving local traditions and customs. Next to the library, you can see a display of handicraft works of local folk artists, featuring decorative fabrics and knitwear, embroidery, willow, string or root crafts, tapestry, rugs, sculptures, etc.