Introduction
Szczuczyn commune is located within the area of the so-called Green Lungs of Poland. According to the geographic region (based on the classification of J. Kondracki), the middle and the southern area of the town and the commune is located in the Kolneńska Upland mesoregion, which in turn is a part of the northern Podlaska Lowland macroregion. The northern part of the commune and the town is located in the Ełk Lakeland which is part of the Masurian Lake District. The town is situated in the Wissa river valley, an example of nature and landscape treasure, untouched by human activity. The untamed river flow, numerous meanders and marshes perfectly complement the landscapes of Biebrza, where Wissa finishes its course, as well as Biebrza National Park.
There are two national roads which run across the commune to reach a junction in Szczuczyn: no. 61 Warszawa – Łomża – Augustów and no. 58 Szczuczyn – Biała Piska – Pisz – Szczytno.
The total area of Szczuczyn commune is 115.72 km². The commune is populated by 6,607 people and the average population density is 57 people/km².
Arable fields take up to 77% of the area of the commune, and forest areas comprise 10%. 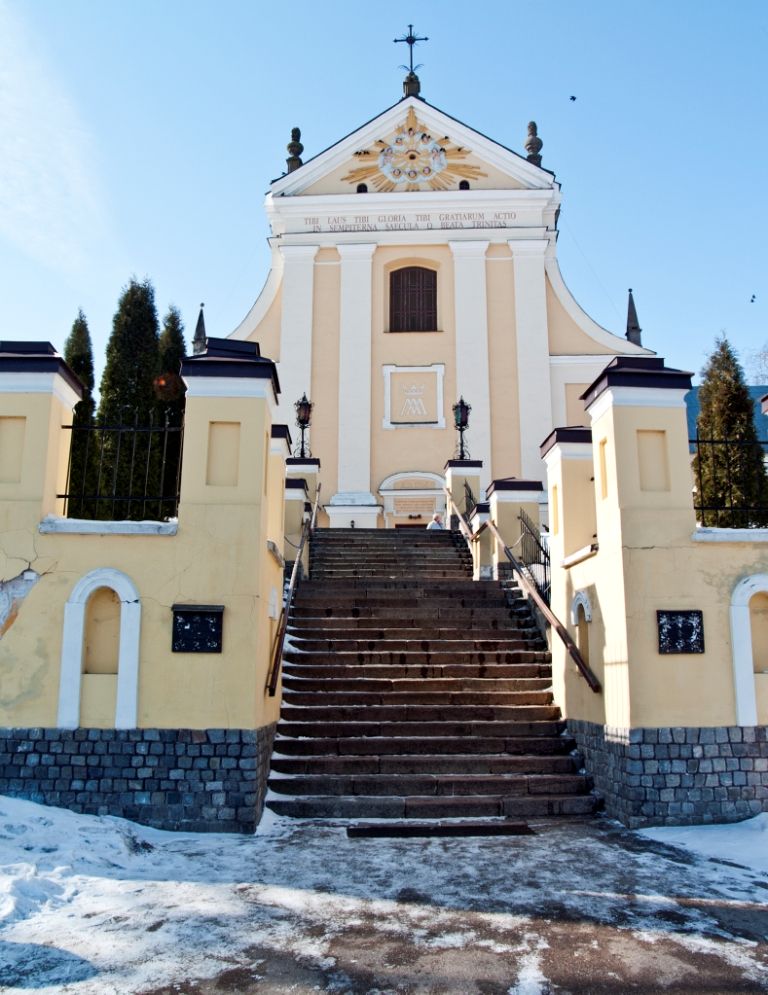 History
The name of the town and the commune derives from the family of Szczuka – representatives of lesser Masovian noble houses, who settled along Wissa river around 1425. That is when Szczuki Litwa village was founded. In 1651, the village belonged to Jan Ławski, and in 1683 r. – Stanisław Antoni Szczuka, who six years later started the construction of Szczuczyn town which was officially founded on 9 November 1692. John III Sobieski granted it with Magdeburg rights. In 1700, a college run by the Piarist Order was established, and in 1721 – a girls’ school. Szczuczyn used to be the seat of the first deaf-mute institute in Poland, but in 1816 it was moved to Warsaw.
During the historical time of the Duchy of Warsaw, the town flourished as an administrative centre. Back then, it housed the Biebrza district, which was the part of the Łomża Department. There were also located the subprefecture, the lower court and a medieval customs chamber. After the failure of the January Uprising, the Tsar government imposed administration reform and formed Szczuczyn district to incorporate it into the Łomża Governorate. Szczuczyn was the capital of the district and centred local government, the magistrate and commune council.
Today Szczuczyn commune comprises 29 villages and a town of the same name. 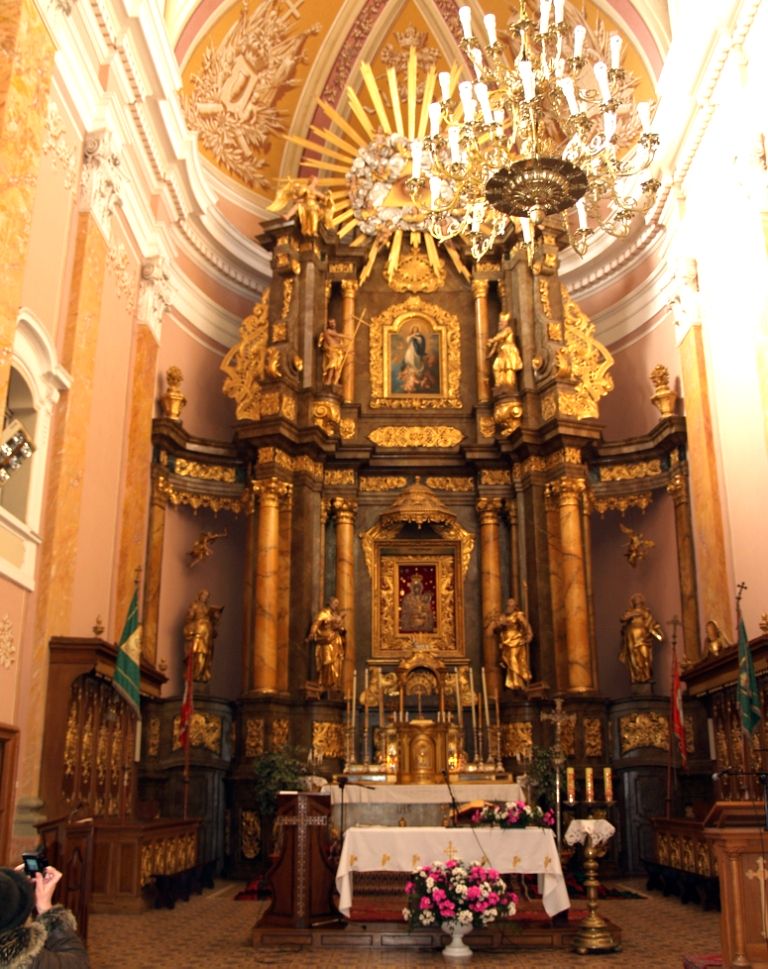 Most important heritage sites
- Baroque monastery of the Piarist Order constructed in years 1694–1743, and funded by Stanisław Antoni Szczuka and king John III Sobieski.
- B.V.M. Parish Church erected in years 1701–1711, including: baroque altar with a 16th-century painting of a Madonna in a silver dress, sent by Pope Innocent XIII; the painting “Widzenie św. Józefa Kalasantego” (“Vision of St. Joseph Calasanz”) by Jerzy Siemiginowski (royal painter of John III Sobieski), a baroque cross from the beginning of the 17th century.
- The Piarist School for 300 pupils dating back to 1706, kept in baroque style.
- Poczta Polska (public postal service) building complex founded in the classic style in 1863. It includes a post, a stable and a carriage house.
- Baroque founding of the town from the end 17th century.
- Single-storied Szczuka family house at Tysiąclecia square no. 1. The house was built in 1690 and is the oldest building in Szczuczyn.
- “Dom Żyda Ozerowicza” (Ozerowicz Jew House) house dating back to 1853 r. at Kościelna street No. 1 – redeveloped after the fire and used as a Music Club, currently seating a shop and a bookstore. 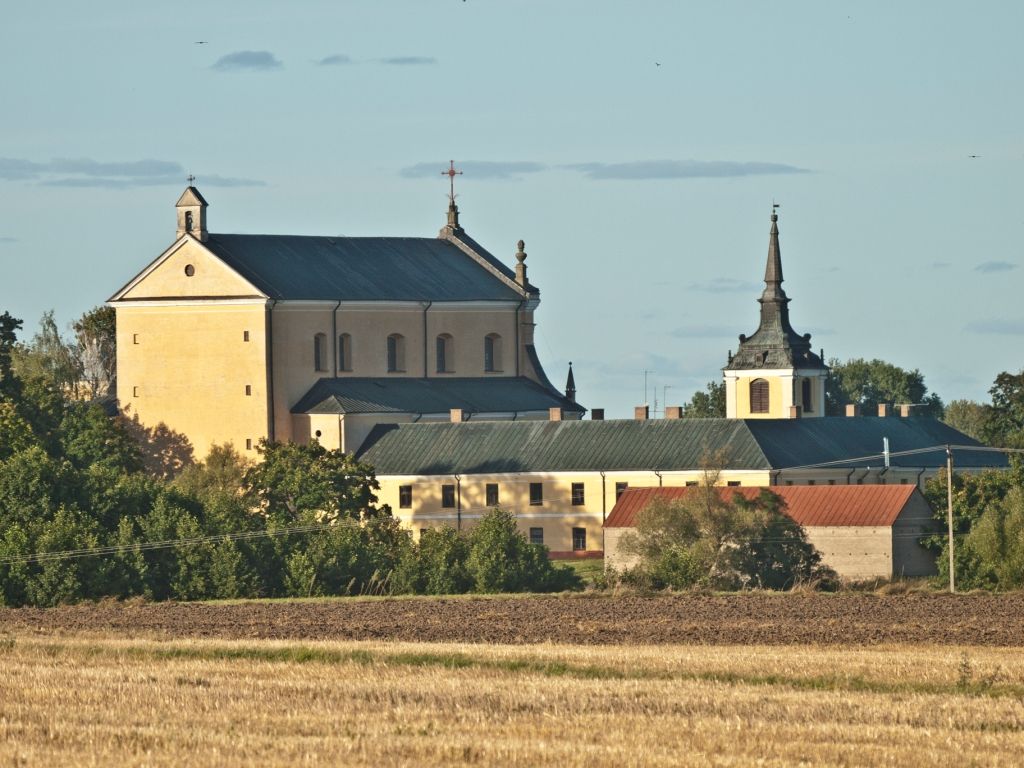 Attractions and tourist assets
Variable topography and numerous hills, which make for excellent observation points is what makes the commune particularly attractive (mainly in the vicinity of Szczuczyn and villages: Bęćkowo, Niedźwiadna and Tarachy) along with diverse forest areas with numerous natural monuments (in Bęćkowo, Niećkowo, Bzury and Obrytki). Student groups, film crews and typical tourists often flock the place.
Thanks to the neighbouring attractive areas of Masurian Lake District and Suwalskie-Augustowskie Lakeland, a road tourist trail runs through Szczuczyn commune (along national road no. 61), which gets quite busy in the summer holiday period. A picturesque hiking and bicycle trail “Following the Characters of the ‘Deluge’ novel” (“Śladami Bohaterów Potopu”) runs from Radziłów, Wąsosz and Szczuczyn to end in Prostki. 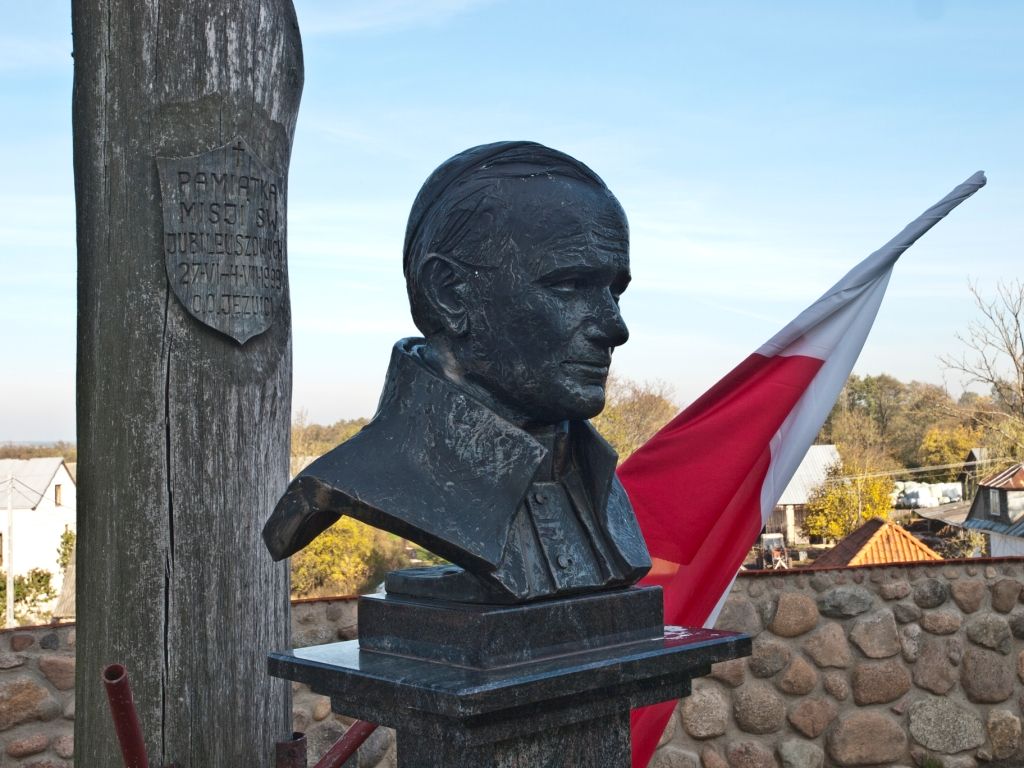 The region’s strong feeling of identity is confirmed by the presence of numerous historical objects and areas, which are registered in the Podlaskie Voivodeship Historical Monuments Conservator’s register. They include two manor and park complexes along with a palace and farm complex, public utility facilities in Szczuczyn: town park at the former Rynek Koński with a fire brigade facility; religious buildings: Stanislaus of Szczepanów church with a bell tower in Niedźwiadna, B.V.M. church and monastery in Szczuczyn, Roman Catholic cemeteries: in Niedźwiadna – including Obrycki family chapel and cast iron crosses; in Szczuczyn – with a cemetery chapel, a historic fence, gate and crosses as well as war graves.
Tourists who happen to be history and military enthusiasts will definitely enjoy the unique system of World War II fortifications (the Molotov line section) with bunkers, shelters and fortifying facilities; additionally, historical infrastructure of the former border between Poland and the III Reich. 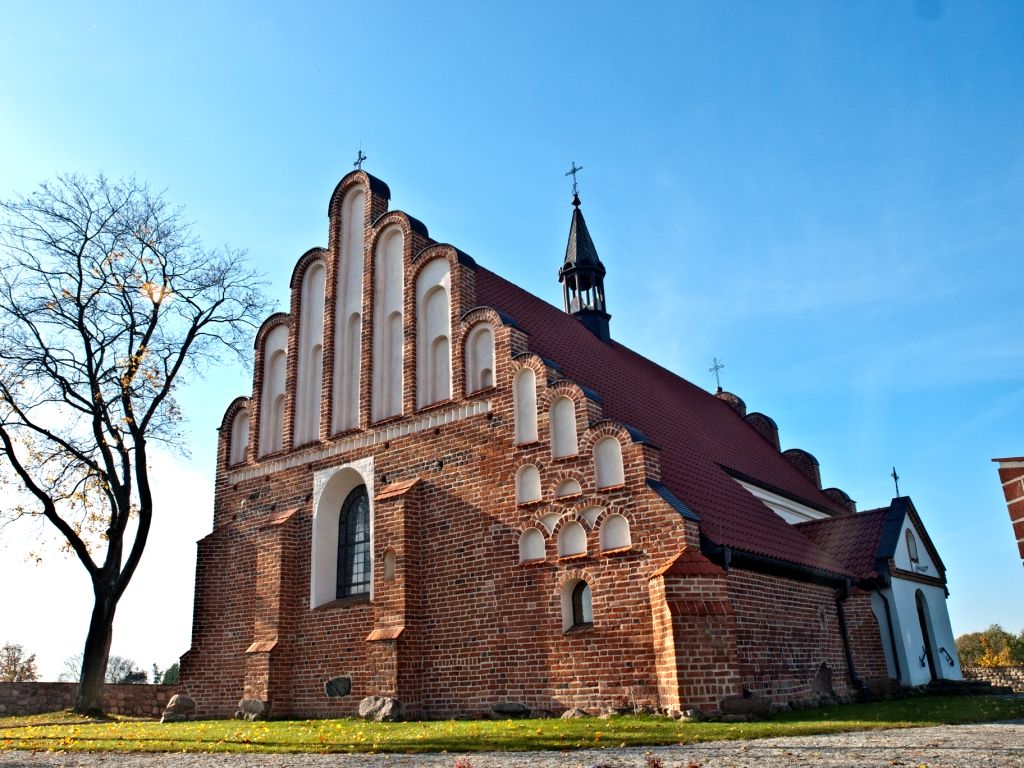 There is an active equestrian centre at the Niećkowo School Complex which also offers a hotel for horses. The centre is located in a quiet and peaceful place among fields and forests, which is perfect for a few hours’ ride. 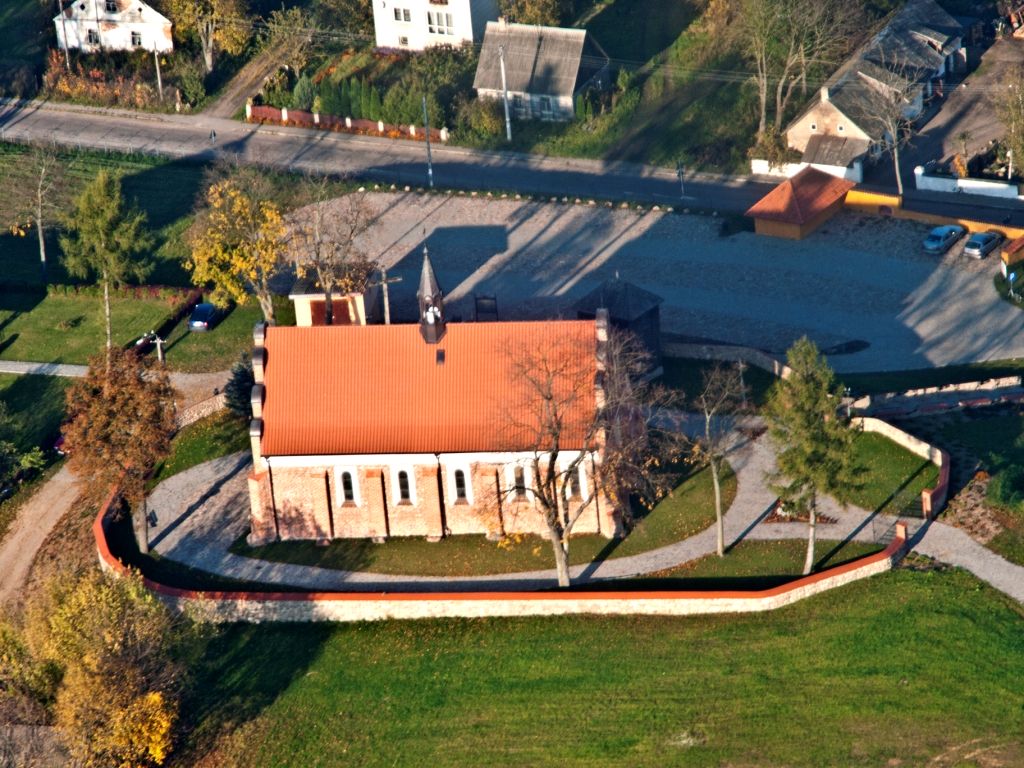 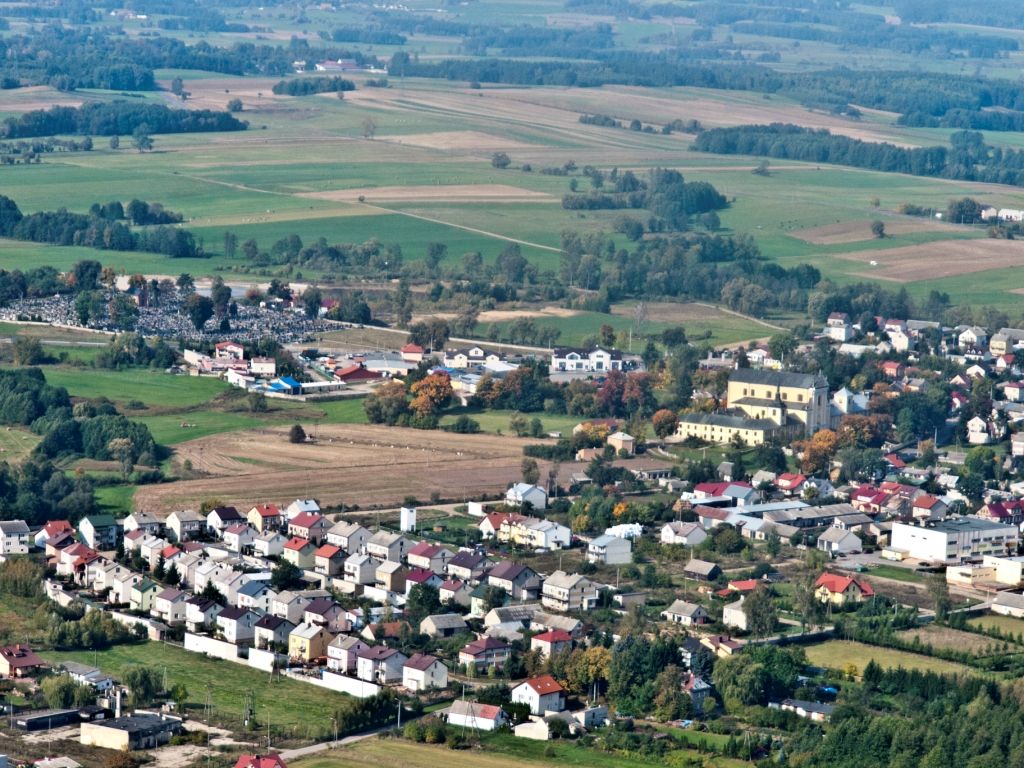 Culture
Community Cultural Centre (Miejski Dom Kultury) in Szczuczyn which is the architect of many cultural initiatives in the commune and carries out classes for various age groups ranging from primary schools to senior citizens. A singing and theatre band called Szczuczyniacy is active at the cultural centre. It started out on 6 December 1993 with eight female singers. Later on, it has expanded its repertoire which currently includes folk songs from the Podlaskie and Mazowieckie region, traditional shows and customs based both on literature as well as self-creation. The band has had more than 150 performances so far.
The King Herod (Król Herod) band has been reactivated and maintains the tradition of carolling with the king. The band is a multi-award winner of voivodeship and regional reviews as well as an international review of carolling shows in Węgorzewo (Międzynarodowy Przegląd Widowisk Kolędniczych Herody).
The band “Psotki” started its activity in October 2008. Members of the band are girls aged 6–12, they are pupils from the primary school in Szczuczyn. Since it was established, the band performs at numerous events organised by the Community Cultural Centre in Szczuczyn.
The vocal band meets in the common room of the centre. It comprises young people from diverse backgrounds of various ages, and its activity is aimed at integrating members by means of national tradition, regional and family customs as well as modern music. Ms Maria Ostrowska is the head of the band.
The band called “Mali Szczuczyniacy” was established in 2003 and members of the band are pupils from primary schools. The vocal and instrumental Zespół D 911 band has been active since 2010. The formation plays different kinds of music, mainly rock.
Szczuczyn commune has also active artists including folk artists. 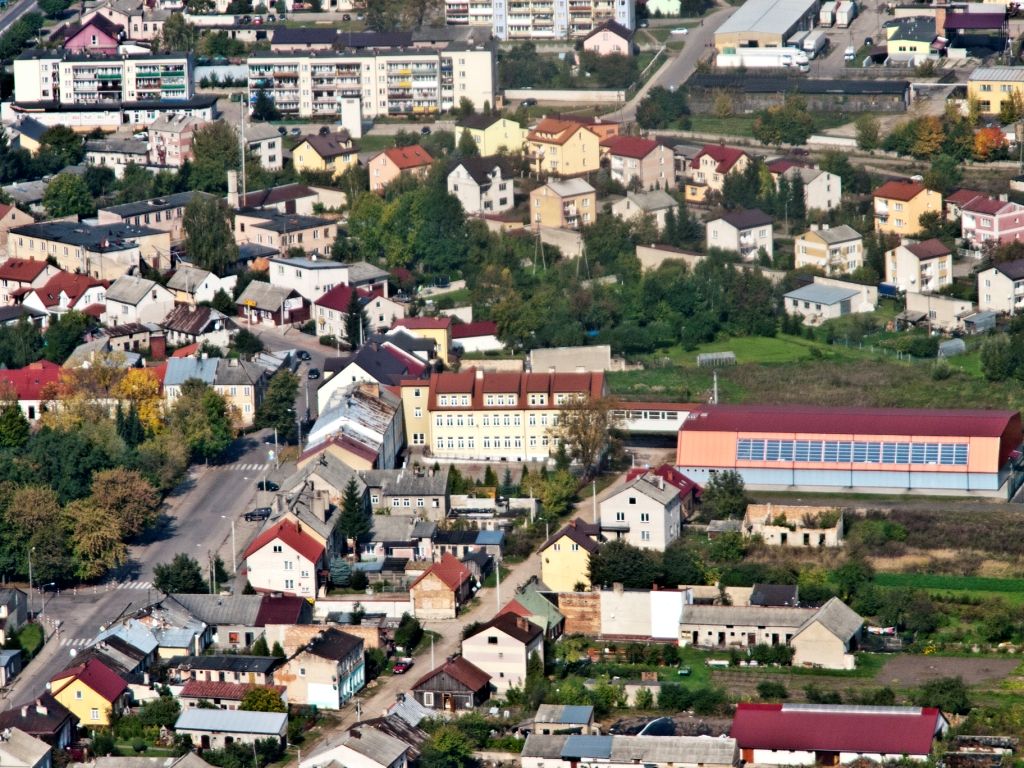 Other important information
There are six active units of Volunteer Fire Department in the Szczuczyn commune. The unit from Szczuczyn is registered in the National Emergency and Fire System and is ranked as one of the top places in Podlaskie voivodeship regarding the number of emergency services; it is equipped with special machinery and its staff members are highly trained. The Volunteer Fire Department in Szczuczyn is also active in maintaining tradition, cultivating Polish values as well as national, citizen and cultural awareness. A music band completes the fire brigade unit. It dates back to the end of the 19th century (it is 120 years old).
The municipal folk sports club Wissa (Miejski Ludowy Klub Sportowy Wissa) was founded in June 1945 and is the oldest folk club in Podlaskie voivodeship and one of the oldest in the country, which is confirmed by historical documents archived in the club. It was initiated by the youth from Szczuczyn and was backed by the local government. The government representative at that time, Bolesław Goliczewski, became the first president of the club LZS Szczuczyn (the club’s initial name).
The following teams participate in the playoffs of the Podlaskie Football Association in 2012/2013: senior team, older junior team, under 15-year old players, Orlik team, student team and women’s team which is successful in the playoffs of the III football league of Podlaskie, Warmińskie and Mazowieckie voivodeships.
The sports enthusiasts in Szczuczyn commune have the following facilities at their disposal:
- Orlik football field complex at the Community Cultural Centre in Szczuczyn,
- sports hall at the Community Cultural Centre in Szczuczyn,
- town stadium,
- full sized sports hall with outdoor fields at the public lower secondary school in Szczuczyn,
- two gyms at the primary school in Szczuczyn,
- sports hall at the Niećkowo School Complex,
- a gym at the primary school in Niedźwiadna. 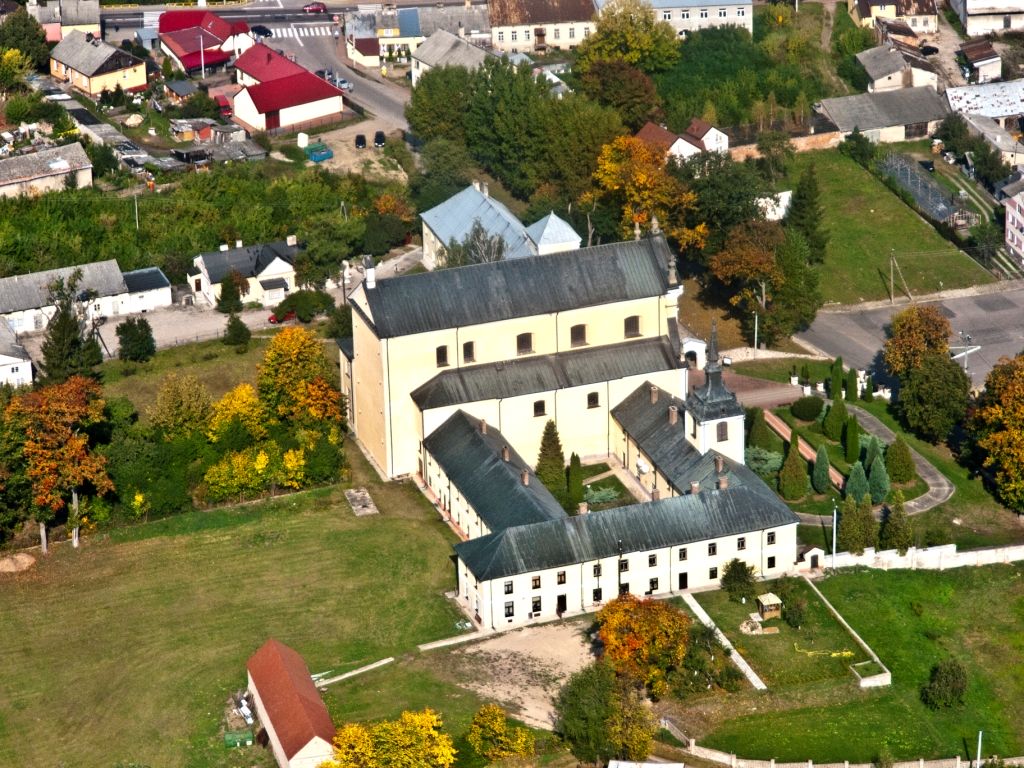 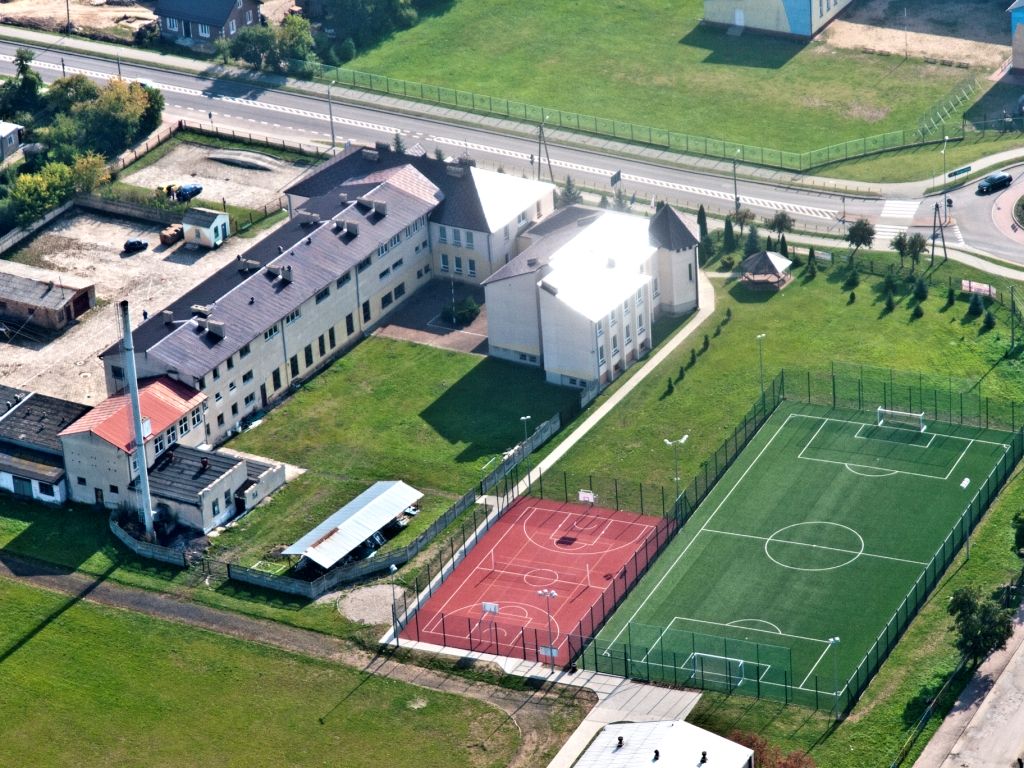